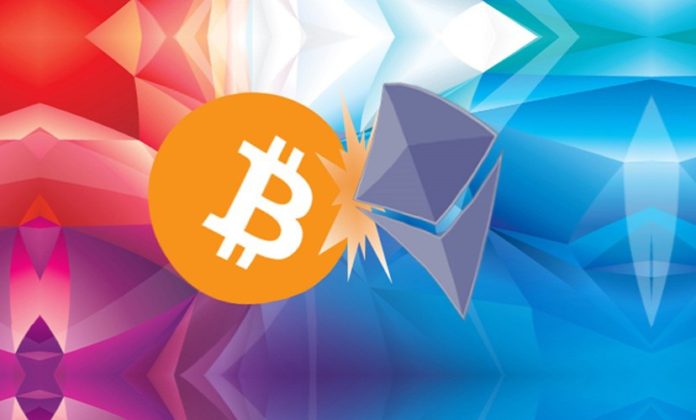 Virtual Currencies: Ethereum or Bitcoin – which is better?

Ethereum and Bitcoin are virtual currencies or crypto-currencies which are based on high speed of transaction at low cost.

The absence of central ledger, peer-to-peer network sharing in online mode and better features make a solid business case for the use of crypto-currencies.

Here is a quick comparison between Ethereum and Bitcoin, based on blockchain technology features, novel usage method, speed, accuracy and transparency:

#4. Ethereum offers better programming flexibility through availability of its own Turing complete internal code… where a Turing-complete code means that given enough computing power and enough time… anything can be calculated.  The same cannot be achieved with Bitcoin.

#5. Ethereum is crowd funded and it is planned that 50% of the coins will be owned by miners in year five. In case of bitcoins, early miners own most of the coins that will ever be mined.

#6. Ethereum does not approve of centralized pool mining, even though its Ghost protocol rewards stale blocks, since there is no advantage to being in a pool, in terms of block propagation.

#7. Ethereum is built and programmed to employ a memory hard hashing algorithm called Ethash that is against protests against use of ASICS and encourages de-centralized mining by individuals using their GPU’s.

We hope you enjoyed this article. For regular updates, subscribe us via Email and we will deliver our next article, right in your mailbox!