So today, the term of RBI (Reserve Bank of India) Governer Dr Raghuram Rajan is ending and effective 06.Sep.2016, new RBI Governor – Urijit Patel will take over from Dr Rajan. 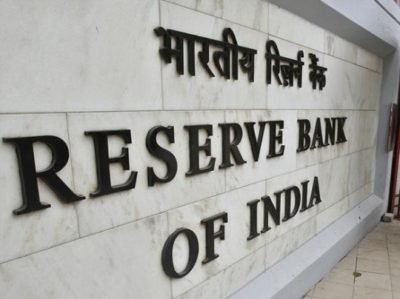 Here is a brief look at the last 5 RBI Governors. The Reserve Bank of India is a matter of prestige for the country as it determines and controls the monetary supply of money in the country. The chief of RBI is a position of great power and responsibility. From the RBI Governor, there are a lot of expectations from the market and he has lot of pressure to deliver at the earliest. RBI has witnessed people from varied discipline and character who have taken charge of this prestigious institution.

Let’s have a look at the recent (last 5) RBI governors.

On 4 Sep 2013, Dr Raghuram Rajan was appointed as the 23rd governor of RBI to succeed Dr. D. Subbarao. Dr. Rajan is a former IMF economist who was one of the few economists in the world to predict the global financial crisis of 2008, much before the bubble burst. During his tenure as the RBI governor, the man has taken some bold moves to strengthen the economy as it was in a turmoil when he joined as a governor. One of the significant policies that Rajan has introduced is the concept of Marginal Cost of lending rates, clearing up of NPA’s (Non Performing Assets) in the Indian Banking sector and also has kept check on the inflation rate in the country.

Dr. D Subbarao (Duvvuri Subbarao) was appointed and chosen ahead of Y.V Reddy’s deputy Rakesh Mohan for the top. During his tenure, he announced the Reserve Bank of India scholarship scheme for higher studies in economics for professionals and executives. He was given the charge amidst interesting times when the 2008 financial crisis broke out and following the collapse of Lehman Brothers, he had a huge task ahead of him to curb the liquidity crisis and prevent the domestic markets from a free fall. He protected the economy in very tough times and decreased the repo rates to bring in liquidity in the system.

He has headed the post of RBI Governor from Sep 2003 to Sep 2008. Just after Dr YV Reddy had the reigns of RBI Governor, the Indian Economy grew at the rate of 8% during his tenure. He also managed to keep the inflation at check roughly around 5%. Reddy had a very conservative stand on the opening up of the Indian banking system and also on the free flow of capital unlike his successors. He made a very firm stance on the autonomy of the Reserve Bank of India and demanded much freedom and independence from the government. Some of his policies were criticized by the government but finally the government also found merits in his views.

Dr. Jalan’s tenure as the RBI governor can be marked and seen as a series of achievements. He was appointed as Governor for 2 terms (Nov 2000- Nov 2002 and then again from Nov 2002- Nov 2004). He had kept the monetary policy of the country substantially demystified. The Reserve Bank had adopted a proactive stance, for instance while curbing speculation in the exchange market. The exchange rate of the rupee had been remarkably steady during this tenure. One of the true character of the RBI governor was he did not shy away from criticism and also provided a platform for an open dialogue and discussion.

Dr Rangarajan took charge from S. Venkitaramanan. He was the Governor of RBI from Dec 1992 to Nov 1997. He is attributed to introducing a number of financial reforms. It was during his tenure that private banks opened (example HDFC bank opened in 1994). Most of the financial reforms that we use today like easy availability of loans and credit cards – can be attributed to C. Rangarajan. Before he took command as the RBI governor, he was the deputy governor of RBI for almost a decade which gave him ample experience and insights about the institution and its working. The reforms that he introduced conformed to international standards and helped the Indian markets to be at par with the global markets.

So, we bid farewell to Dr Raghuram Rajan and welcome new RBI Governor – Urijit Patel (who is 52 yrs of age, born in Kenya and was working as the Deputy Governor of RBI).

We hope you enjoyed this article. For regular updates from the world of financial markets, subscribe us via email and we will deliver our next article, right in your mailbox!