7 stock exchanges located on islands in the world

So, lets have a look at the various stock exchanges located on islands!

Cayman Island Stock Exchange (CSX) is a stock exchange based in Cayman Islands. It started operations in July 1997 and is fully owned by the Cayman Islands government. It is probably the island which is known to people as a tax haven and is known because there is no corporate tax or any kind of tax which is levied by the government on the money earned outside of its territory. It is hot among the Americans elite and big multinationals which transfer their money to this island. That is why there is a lot of unaccounted money which is in the Cayman Islands.

It is a stock exchange headquartered in St. Peter Port Guernsey. It is an exchange where the world’s largest securities of the big multinational companies are listed. Also listed are the bonds of the big MNC’s. In 2014 a scandal broke out in the exchange which led to the change of the chief minister of Guernsey.  Now the exchange has been re-launched and re-branded to function properly again.

The Malta stock exchange is present in the island nation of Malta.  The index was created on December 27, 1995 with a base value of 1000. From May 19, 1998 the index has been calculated on a daily basis. The exchange provides with secondary market trading, Central Securities Depository services.  Since its inception, the exchange has successfully raised billions of dollars of equity and bonds for the corporates and the government. 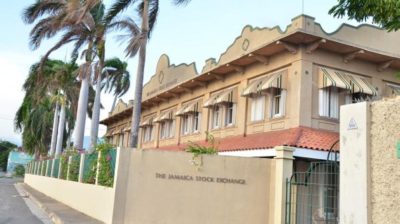 The Jamaica Stock Exchange is the principal stock exchange of Jamaica also known as JSE. Incorporated in 1968, JSE opened in 1969 in Kingston Jamaica. The stock exchange got the world’s most performing exchange in the year 2015 by Bloomberg with more than 80% appreciation in the stock exchange value. Twenty-nine of the 57 stocks traded on the main and junior markets in Jamaica saw year-over-year post-tax profits rise 10 percent or more. Eight of those saw profits spike more than 100 percent.

The exchange has around 60 listed companies in the stock exchange. The BSX exchange is the world’s largest off shore fully electronic securities market offering a full range of listing and trading opportunities for international and domestic issuers of equity, debt, depository receipts.

ICEX was established in 1985 as a joint venture of several banks and brokerage firms on the initiative of the central bank Trading began in 1986 in Icelandic government bonds and trading in equities began in 1990. The OMX Iceland All-Share Price Index is a major stock market index which tracks the performance of all shares listed on the Main list of the NASDAQ OMX Nordic Exchange Iceland. It is a free floating, capitalization-weighted index.

The country has the most number of island in the world. The country has its own stock exchange originally opened in 1912 under the dutch colonial government, it was re-opened in 1977 after several closures during World War 1 and World War 2.  The exchange is situated in Jakarta tin which around 400 companies are listed and traded publicly.

So, where are you headed this summers? Do let us know if you enjoyed this article, and if you visit any of these islands, do take pictures of the exchange you visit and share with us! We will share it on our social channels. For more updates from the world of financial markets, subscribe us via email and we will deliver our next article, right in your mailbox!

Understanding the Basics of Technical Analysis in Stock Trading