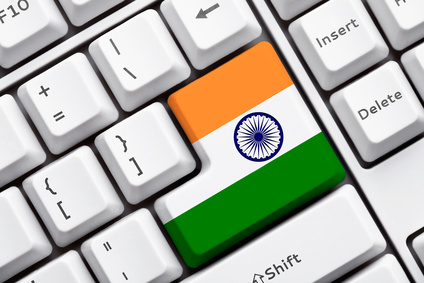 Unemployment has been a constant challenge that India has been facing since many years. Having a population of approximately 1.3 billion and primarily being an agriculture dependent economy, India has seen a really appreciable growth in the past decade but the ghost of unemployment still lurks around.

The GDP has steadily grown from 4.5% in the 1990s to around 9% in the period 2005 to 2012. In fact, in the last fiscal year that is in 2015-16, it was 7.5% – which made India’s GDP seventh highest in the world. Despite of this, we see a declining trend in employment opportunities. India’s unemployment grew from 6.8% in 2001 to 9.6% in 2011. This dwindle in job prospects is not only for the unorganized sector rather it is prevalent in the organized sector as well. Even on this day, we see so many freshly graduated students being declined their “already forwarded” job offers. There are thousands who own a degree but are still jobless.  Around 40% of the country’s graduated engineers run the risk of being unemployed. Every month almost 1 million aspirants become eligible by age to enter the workforce. How do we get jobs for all of them? India is currently facing this contradictory predicament of “jobless growth”. So what are the reasons behind this?

We all know that advancement in technology has taken over man force. What would have taken hundreds of people to accomplish in a day, can be now accomplished by merely a score of them. Labor productivity has increased manifold and more and more people tend to get laid off because of this. The primary effect of automation can be seen in manufacturing units and industries where new technology and robots have replaced human capital.

India has transformed from an agriculture based economy to a services based economy. However in this evolution, it has missed the crucial second stage which is manufacturing. Manufacturing is poorly developed in India and very few capitalists are willing to invest in this sector due to its high capital demand, slow growth and longer payback periods. On the flip side, this is one industry which employs a huge amount of labor and the lack of more such manufacturing and industrial units in India has led to fewer job opportunities for the people. The growth in employment in the manufacturing sector plummeted to (-)5.2% in 2014-15 from 3.2% in 2013-14. Manufacturing accounts for the highest employment, nearly 40% jobs which is then followed by banking (23%) and then by IT sector (18.3) and hence a dip in this sector is a cause of concern. This missing link of “manufacturing” needs to be filled.

The growth projected by the government and as stated in the GDP figures mainly comprises of growth in the services sector. This sector is really booming and there is a tremendous growth not only in India, but worldwide. This growth, somewhat camouflages the dip in the manufacturing and agricultural sectors and what we see as a final picture is an increase in the GDP. The problem here is that, services sector is not as labor intensive as the manufacturing sector and also the services sector generally requires labor in the range from skilled to highly skilled. Even today, majority of human capital in India is low skilled or unskilled. As a result we witness that growth in services generally comes from higher wages to the already existing workforce and accumulation of wealth. This estimate of growth – which stems from the “value added” approach of GDP calculation – is a false estimate as hardly any new jobs are created.

The Micro, Small and Medium level Enterprises are the hubs which employ a vast quantity of labor – both skilled and unskilled. These are the backbone of the economy. India has around 30 million MSMEs which account for 8% of its GDP, 45% of total manufacturing output and 40% of exports. These enterprises utilize the local resources and talent pool and provide innovative services as output. However in order for these to scale up, they need timely and adequate level of funding. Here lies the problem – the financial support required by these small firms/industries is lacking and the Government is not doing much to help them. There have been campaigns like “Make in India” and more of the same sort but they are still insufficient to meet the needs of the huge number of SMEs in India. We cannot let a financial crunch stifle the entrepreneurial mind.

In the Indian constitution “labor” comes under the Concurrent list – which means that both “the Center” and “the States” can make laws on it. There are almost 52 Central Government Acts on labor and another 150 State level laws on it. As a result it is really difficult to follow so many laws and this tends to restrict the industries from growing. When an industry scales up, it employs more and more labor. However employing such a large amount of labor would mean spending more on ensuring the effective following of labor laws and this is generally not affordable to all the industries especially in such a crucial stage of scaling up. Hence most of the units prefer to remain small in size and function at the same level rather than scaling up. Thus we lose out on the potential employment of hundreds of more people and of course it also results in inefficiency in the present units and a slump growth.

The infrastructure in many regions of the country is under-developed and there are still areas which lack access to basic infrastructure facilities like cemented roads, electricity, water, mobile network etc. A proper infrastructure should be in place for any economy to grow. The lack of this impedes growth of MSMEs. On the other hand, it can be seen as a clear indication of opportunity for employment in large projects to develop infrastructure, but these projects take years to get passed by the planning authorities, let alone get materialized. Hence, there are very few avenues for job compared to what could have been if the development was swift and efficient. Also this had led to casualization of the work force. More and more jobs are project or contract based and casual labor is employed. It is this tremendously slow pace of infrastructure development which is hindering the economy from growing the way it should have.

India has traditionally been an import oriented economy. Most of the heavy equipment/machinery and other capital used in all the 3 sectors – agriculture, manufacture, services – even the basic computers is outsourced! India has always focused on providing services by importing. The open nature of the economy has led to further availability of these goods are relatively cheaper rates than before. This further promotes importing, thus failing the company at export oriented development strategies. Had it been more focused on manufacturing goods and exporting them, India would have a huge demand for labor and the highly labor absorbent manufacturing sector would have gone a long way.

What we saw above are the major reasons for jobless growth in India. Jobless growth has been one of the top trends of Indian economy in 2015. To counter this, we need to have counter measures like – developing skills of workers which can be undertaken by mass training programmes, more funding and special provisions to boost the growth of MSMEs, tax incentives wherever possible, subsidies and depreciation allowance and reframing of labor laws to make them encouraging toward industrial growth must be employed. The law-makers and the executives of the law must do whatever is possible for the manufacturing sector to grow in India and fill the missing link. This would fuel the economy and provide relief to the millions of unemployed people and the thousands of those entering the workforce every single day.

We hope you enjoyed this article. For regular updates from the world of financial markets, subscribe us via email and we will deliver our next article, right in your mailbox!

Effects of tariffs and trade wars on a country’s citizen and...

American Election and its impact on the World Financial Markets