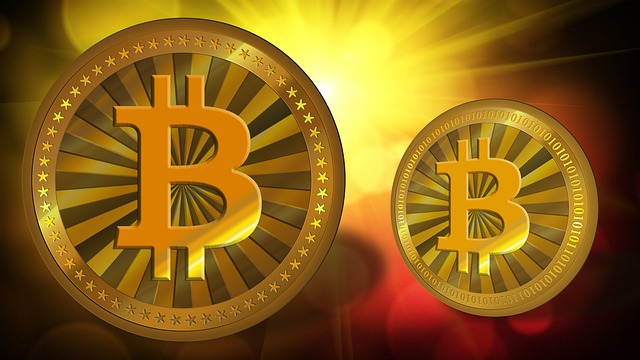 13 Things You Should Know About Bitcoins

These days we see that technology is rapidly changing – each day a new technology arises, replacing an older one. In the finance sector too we can see the advent of fin-tech which has led to the emergence of a revolutionary idea – The Bitcoin and the Blockchain Technology. Bitcoins is the world’s first entirely decentralized payment network and is very promising towards changing the way the finance industry works.

Here are a few things you should know about Bitcoins

Bitcoin is a digital currency which is stored and controlled entirely by the computers connected to each other via the internet by peer-to-peer network. It is basically an address, which is a string of characters, stored over the computer.

The bitcoin address stores the value of the bitcoin like we store money. However, to make an authorized transaction using bitcoins, you will require a key. According to the blockchain technology, a universal digital ledger is maintained which consists of list of blocks which are basically the transactions of the bitcoins. As new transactions are made, new blocks are added to the chain. Thus you can use bitcoins for making payments at many online as well as retail outlets that accept bitcoins.

A very unique feature of bitcoins is that by way of bitcoin addresses, you can keep your identity anonymous. The only detail that goes into the transactions is the address and the key. However, since the blockchain ledger is public, all the transactions are transparent and stored permanently by each node linked to the peer network which processes the bitcoin transactions.

Whichever transactions are issued using bitcoins cannot be reversed. Thus you should be very careful while making payments or doing any king of business using bitcoins.

According to the bitcoin network, miners are those people whose computers carry out the processing of the bitcoin transactions. These miners are rewarded with newly created bitcoins on successfully computing the transactions and adding new blocks to the ledger. However, since the network has grown so large, a huge amount of computing power is required to successfully mine a bitcoin, which is practically very tough and complex for an individual these days.

The network has been created such that the rate of generation of new bitcoins will keep decreasing and finally come to a standstill with a total of 21 million bitcoins in 2140. Since the number of bitcoins are fixed, hence it will function somewhat like a deflationary currency that is, its value will rise as its demand rises.

You can get bitcoins either by mining or by buying it from people who already own bitcoins. There are Bitcoin exchanges likes Bitstamp and also other services like Coinbase and Localbitcoins.com from where you can purchase bitcoins.

Bitcoin is a digital currency with a highly volatile value. It is extremely risky to invest in a bitcoin as of now. Its price can increase or decrease suddenly for example, the bitcoin was reduced to half of its value in 2014.

Bitcoin ATMs started emerging in 2013, which buy and sell bitcoins for cash. There are around 400 Bitcoin ATMs around the world as of May 2015.

The Bitcoin network is an open source software and it is open to all innovators. The Bitcoin Foundation is a non-profit organization that promotes bitcoins. Thus in the true sense, bitcoin is a fully decentralized payments network which is still open to innovations.

The best aspect of bitcoins is that you can access it from anywhere and that it is stored over the internet which is a world wide network. Hence, there are no geographical restrictions on the use of this digital currency. It also makes global transactions relatively simpler and faster compared to the current system.

Bitcoins has its competitors – Litecoin, Dodgecoin and many others collectively called the “altcoins”. However these are worth a lot less than bitcoins. The value of all the bitcoins in circulation right now is 9 times more than the value of the top 100 altcoins put together.

Looking at the future of bitcoins we can say that as of now, investing in bitcoins is a really risky investment. Price of bitcoin went from $13 in January 2013 to more than $1000 in December 2013! The net value of all bitcoins in November 2015 was $6 billion. Currently the value of a bitcoin is around $450. Being an open platform, lot of innovations are going to happen in this field just like the case when the “internet” first came into existence in the 1980s. Venture Capitalists are pouring a lot of money into Bitcoin-based startups and many of them firmly believe that bitcoins will revolutionize the finance industry. Only time will tell if bitcoins are able to change the way the industry works or will it remain just another new technology.

If you enjoyed this article, do subscribe us via email and we will deliver our next article, right in your mailbox!

8 points you must know about Bitcoins!

8 points you must know about Bitcoins!